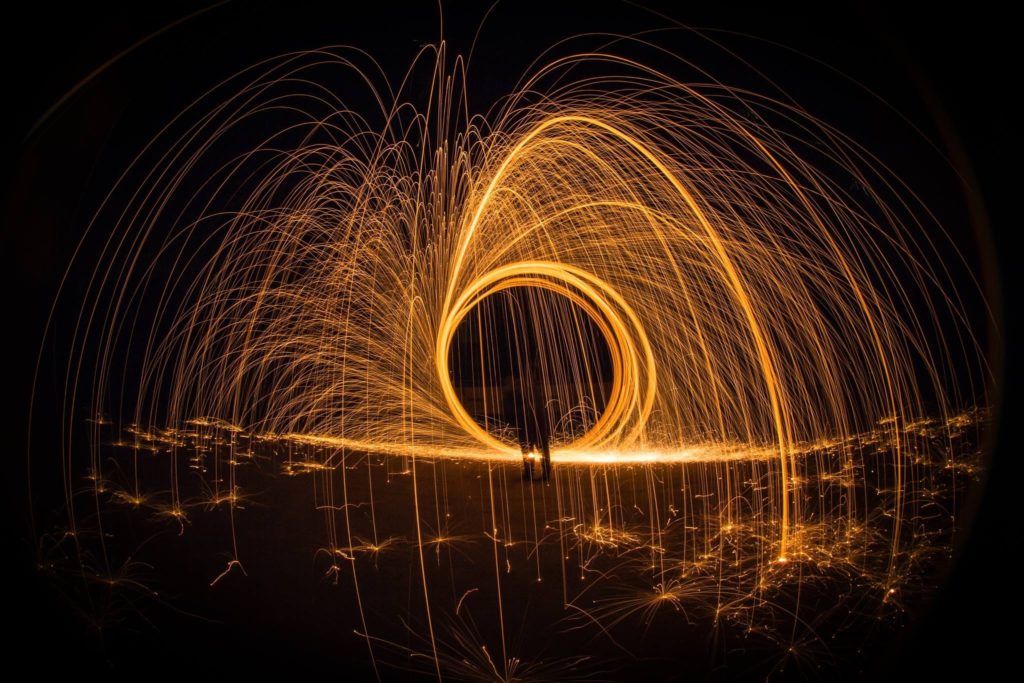 Publication of important information by the tax authorities: Telework, Guidance on the 2023 salary statement, Circular on withholding taxes

The day before yesterday and yesterday, various information was published by the tax authorities which is of importance for the companies concerned.

Changes to the agreements between Switzerland and France as of 1.1.2023

The official announcement was the following (free translation into English): “Switzerland and France have agreed on a solution for the taxation of home office income: As of 1 January 2023, up to 40 per cent of working time per year can be performed in a home office without affecting the state of taxation of income from employment – especially for cross-border commuters.”

The provisions of the addendum to the agreement are expected to apply from 1 January 2023. However, the entry into force of the addendum depends on its signature and subsequent ratification by the two states. The text will be published in the course of the signing, which is scheduled for the end of the first half of 2023.

Until then, France and Switzerland have agreed to apply the provisions of the addendum concerning home office within the framework of a mutual agreement. If the addendum is signed by 30 June 2023, the agreement can be applied until 31 December 2024 at the latest, taking into account the ratification process (link to the information in German, French and Italian): https://www.admin.ch/gov/de/start/dokumentation/medienmitteilungen.msg-id-92381.html

This means that a number of aspects are clear for companies regarding the treatment of telework by cross-border commuters from France. Others remain unclear until the addendum to the double taxation agreement is made publically available.

If one looks directly at the two “Accord amiable” that will be temporarily valid from 1.1.2023, telework is defined in the same way in both Accords:

Free translation of paragraph 3. “For the purposes of this Agreement, the term ‘telework from the home State’ means any form of work organisation whereby work which could also have been carried out on the employer’s premises is performed by a worker in his State of residence at a distance and away from the employer’s premises on behalf of the employer in accordance with the contractual arrangements between the worker and the employer, using information and communication technologies.

This term also includes temporary tasks performed by the worker for that employer in the State of residence or in a third State, provided that their total duration does not exceed 10 days per year.”

Companies have to distinguish whether telework according to the definition is involved or not. If, for example, a company has employed a cross-border commuter from France who is also a sales representative in France for the company in Switzerland, this definition will probably not apply. The limit of 10 days for cases that do not involve telework is kept very low.

The definition of telework is comparable to the Guidance Note on the application of the Agreement on the Free Movement of Persons 883/2004. In this Guidance Note, nothing is mentioned about a further activity with a time limit. And the Guidance note always assumes that it is only one employment relationship. The tax treaty does not mention anything if it makes a difference that someone has one or two employments and does telework for 40% of the total working time in France.

There is also no mention of the possible tax implications for the company of employees who telework according to the above definition.

DTT CH – France (all cantons incl. Geneva except those for which there is a special agreement – see below).

It is about the general taxation questions of which state has the right of taxation according to the agreement between Switzerland and France.

In principle, the state in which the work is carried out has the right of taxation (Article 17 para. 1 DTT CH-F). It should now be possible to deviate from this principle.

Information from the authorities (free translation): “With regard to the other workers covered by the regulations of the agreement signed in 1966 between Switzerland and France for the avoidance of double taxation in the area of taxes on income and assets, an agreement on sustainable regulations was also reached between the two states, which will be implemented in the form of an amendment to the agreement. This provides that taxation remains in the employer’s permanent establishment state if the telework performed in the state of residence does not exceed 40 per cent of the working time. In return for retaining the right to tax income from employment in the employer’s state, appropriate compensation is provided for in favour of the employee’s state of residence”.

Not all of this information can be found in the Accord itself. What can be found, however, is the employee’s right to choose whether to apply the provisions of the fiction of the place of work also in the case of telework up to 40%.

“If a taxpayer does not wish to benefit from the provisions of this paragraph, he shall give notice that he elects to be taxed in his State of residence on the income in respect of the days on which he worked there.”

In addition, the employer must comply with the following documentation requirements:

“In any case, the taxpayer must keep at hand for the tax authorities a certificate from his employer stating the percentage of working time or the number of days he has teleworked.”

And what exactly is changing?

Here once again an excerpt from the information provided by the authorities (free translation into English): “With regard to the workers covered by the agreement reached in 1983 between the Swiss Federal Council, acting on behalf of the cantons of Bern, Solothurn, Basel-Stadt, Basel-Landschaft, Vaud, Valais, Neuchâtel and Jura, and the government of the French Republic, France and Switzerland agreed that telework limited to 40 per cent of working hours has no impact on the cross-border worker status, nor on the related income taxation arrangements from employment in the workers’ country of residence. The provisions will be clarified in the course of a mutual agreement that will enter into force on 1 January 2023.”

In the “Accord amiable”, the 40% is described less precisely than in the information provided by the FTA. According to the explanations above, the max. 40% telework should not be counted towards the professional non-return days (45 days). This was not clear before this communication.

Companies are well advised to continue to be cautious until the complete publication of the addendum to the agreement, to group their employees into applicability and non-applicability and to prepare organisationally for the collection of information regarding telework days. This can be realised, for example, with additional documentation in the time recording. It may be necessary to distinguish between the definition under tax law and the definition under social security law.

Termination of the Mutual Agreement between Switzerland and Italy as of 31.1.2023

Here is the officially published text (free translation into English):

“Mutual agreement between Switzerland and Italy not extended – Home office

The State Secretariat for International Financial Matters SIF informs that the competent authorities of Italy and Switzerland have determined that there are no longer any restrictions on the free movement of persons in either country due to the Covid-19 health emergency. It was agreed that the Memorandum of Understanding of 18/19 June 2020, which includes, among other things, exceptional and provisional special arrangements for home office taxation, will remain in force until 31 January 2023. Due to the current health situation, no extension is currently planned from 1 February 2023.

The competent Italian and Swiss authorities draw attention to paragraph 3 of the Additional Protocol to the Agreement between the Italian Republic and the Swiss Confederation on the taxation of frontier workers, which was signed on 23 December 2020 and is not yet in force. This expressly provides that the Contracting States shall consult each other at regular intervals on whether amendments or additions to the Additional Protocol, or possibly the conclusion of mutual agreement arrangements, are necessary with regard to the home office.”

In an earlier blog I pointed out the possible consequences. If the new cross-border commuter agreement is not ratified by Italy, there will be no room for negotiating telework clauses, according to information from the authorities. This would mean that employees with cross-border commuter status from Italy (Italian border communities to the cantons of VS, TI and GR) would have to work full time in Switzerland again from 1.2.2023 if they do not want to lose their tax-advantaged status.

The guide has been redesigned and contains various links. It has become more user-friendly. The new content is indicated by a marker in the margin.

One point is a clarification due to the changes in 2022. If a business car owner cannot use the car privately, but only for commuting and business, a logbook must be kept for the commute and this benefit must be listed on the salary statement as a taxable benefit. Only in the case of vehicles with considerable restrictions for private use no private share has to be added up (margin note 24).

The second point is the alignment of the wording for meals with the sample expenses regulations of the SSK. Previously, the cross in field G was intended for more than 50%. It is now stated as follows (free translation into English):

Companies are well advised to organise themselves accordingly so that they have the information ready for the 2023 wage statements.

The FAQ have also been made a little clearer and provided with links. It is worth consulting these questions and answers. Only a few adjustments have been made to the content.

The circular letter contains information on the flat-rate deductions and various key parameters. Due to the cold progression, various values were adjusted. These are the basis for the cantonal withholding tax rates, which in turn take into account the cantonal conditions. In the meantime, all withholding tax rates for 2023 have been published (in German, French and Italian). https://www.estv.admin.ch/estv/de/home/direkte-bundessteuer/dbst-quellensteuer/qst-tarife-kantone.html

Hence, the new withholding tax rates are to be read in and taken into account as of January 2023.

We would like to take this opportunity to wish all readers a happy holiday season and a good start in 2023! 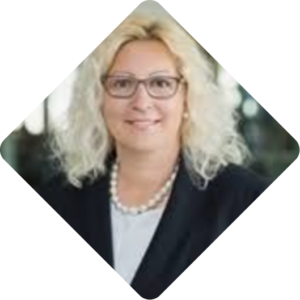